Blackjack is one of the most popular casino card games. It's a classic game that has been around for decades, and it's easy to understand.

It is mostly seen in casinos and other locations that have gaming tables. The goal of the game is to reach 21 points with a hand. The player with the highest score wins.

In Blackjack, you're trying to get as close to 21 points as possible without going over 21. The other objective is to score more points than the dealer. The cards are dealt by the dealer, so there are no hidden hands or other tricks involved in this game.

There are several different variations of blackjack, but the basic rules remain the same. To win, players must first make a bet. They are then dealt two cards, and the dealer is dealt two cards, one face up and one face down. The player must decide whether to hit (take another card) or stand (end the turn). If the player goes over 21, they bust and lose the hand.

This is a very popular game that can be enjoyed by both novice and experienced players. There are many different variations of blackjack, including single-player and multiplayer games. What makes blackjack so fashionable is that it's an easy game to learn, but still has a lot of strategy involved.

Texas Hold'Em is a prominent card game that's played all over the world. This is another famous card game that can be played in most casinos. Additionally, it's easy to learn but still has a lot of strategy involved. What makes poker so popular is that it combines strategy and psychology, allowing for a great deal of variation in how you play it.

The rules are very simple in Texas Hold'Em: each player is dealt two cards face-up. They then use these cards as the basis of their strategy, hoping to make more valuable combinations than their opponent(s). Each hand has a showdown at the end where both players show what cards they've been holding throughout the game. The winner of each hand wins whatever money was staked by that player when he placed his bet.

There are many variations of Texas Hold'Em. It is an extremely complex game that can be difficult for even the best players to win at consistently. However, if you're up for the challenge, it can be one of the most rewarding casino card games out there.

Baccarat is a famous casino card game that involves wagering on multiple hands instead of just one hand like most other blackjack or poker games do.

The game of Baccarat is a card game that originated in France. It is played with two decks, one consisting of cards bearing the numerals from one to nine, and the other of cards bearing the numerals from zero to nine. Baccarat is a fast-paced game where you can sit back and have fun. The dealer does all the hard work on rolling out the action for each round of betting.

In Baccarat, players can place bets on either up to five separate hands or choose not to participate in any particular round by placing no bet at all during rounds 1 through 5. When it comes time for players to reveal their cards during rounds 6 through 9, everyone must reveal whether or not they've placed any bets on those various hands .

Baccarat is a very exciting game that's played by some of the most high-rolling gamblers in the world. Baccarat has been around since 1882 when it was invented by Alfred Bineti.

Video poker is a relatively new form of casino gambling that has become extremely trendy. It's also one of the most exciting varieties of poker, because winning money can be very quickly achieved if you are lucky.

Video poker is a game that uses randomly-generated cards to determine the outcome of each hand. The term "video" refers to the fact that you see the cards being dealt against a screen, not in person.

There are many different variations of video poker, but they all perform pretty much the exact same way: the computer will deal five cards to you, and you'll be able to choose whether or not to keep any of them.

Another interesting thing about video poker is that it's very easy for players who aren't familiar with the rules of blackjack or Texas Hold'Em because all bets are placed before each round of betting begins. This makes it very accessible for people who may have never played casino card games before.

This ancient Chinese poker variant is one of the most challenging poker games out there.

This is a game that is popular in China, but has recently become more popular in the United States. The game is based on the strategy of combining cards to create high card values, similar to poker.

Pai Gow Poker is played with a Chinese domino set. This game is a variation of poker but uses a 53-card deck. The additional card compared to the well-known 52-card deck is a joker. The joker can be used as any card in the deck making the game more strategic.

The aim of Pai Gow Poker is to beat the bank. Players are dealt seven cards and must create two poker hands at once: a five-card hand and a two-card hand. The five-card hand must be higher than the two-card hand. If both hands are equal, the player loses the bet. The best possible hand is two aces and a three, which would represent two pairs and a kicker.

So, which casino card game is the best and right for you? Hopefully, this post about the top five best card games has helped you make a decision! Have fun at the casino tables and good luck! 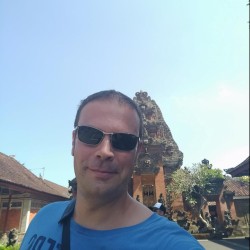